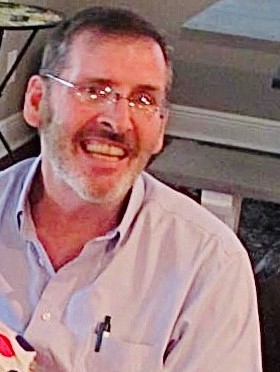 Steven worked for Honeywell as an engineer, and when not working he enjoyed spending his spare time with his children and his loving family fishing and camping. He also loved to coach his children in little league baseball when they were younger. Steven also had a passion for his Alma Mater, Michigan State, in which he enjoyed watching the Spartans march to victory on the football field.  Although he loved his Spartans, he loved to support the University of Florida Gators as his son, Kyle, played football for them. Steven was proud of his son Ryan for becoming a firefighter for the City of Tampa.

Steven  is survived by his loving wife  Leona Newell; his sons, Ryan (Britta) Newell, Kyle (Brooke) Newell; his grandchildren, James, Logan, Lilly, Elin, Steven, Isla,  and Elsie, his sisters; Suzanne, Laurie, and Christine, his in-laws; Sandra (Joe) and Rusty (Joyce). He also leaves to cherish his memories of his wonderful extended family that he loved deeply.

He was preceded in death by his parents and sister-in-law, Deborah.

A Celebration of Life service will be announced at a later date by the family. In lieu of flowers please make a donation to your favorite charity.

To send flowers to the family or plant a tree in memory of Steven Newell, please visit Tribute Store

Share Your Memory of
Steven
Upload Your Memory View All Memories
Be the first to upload a memory!
Share A Memory
Send Flowers