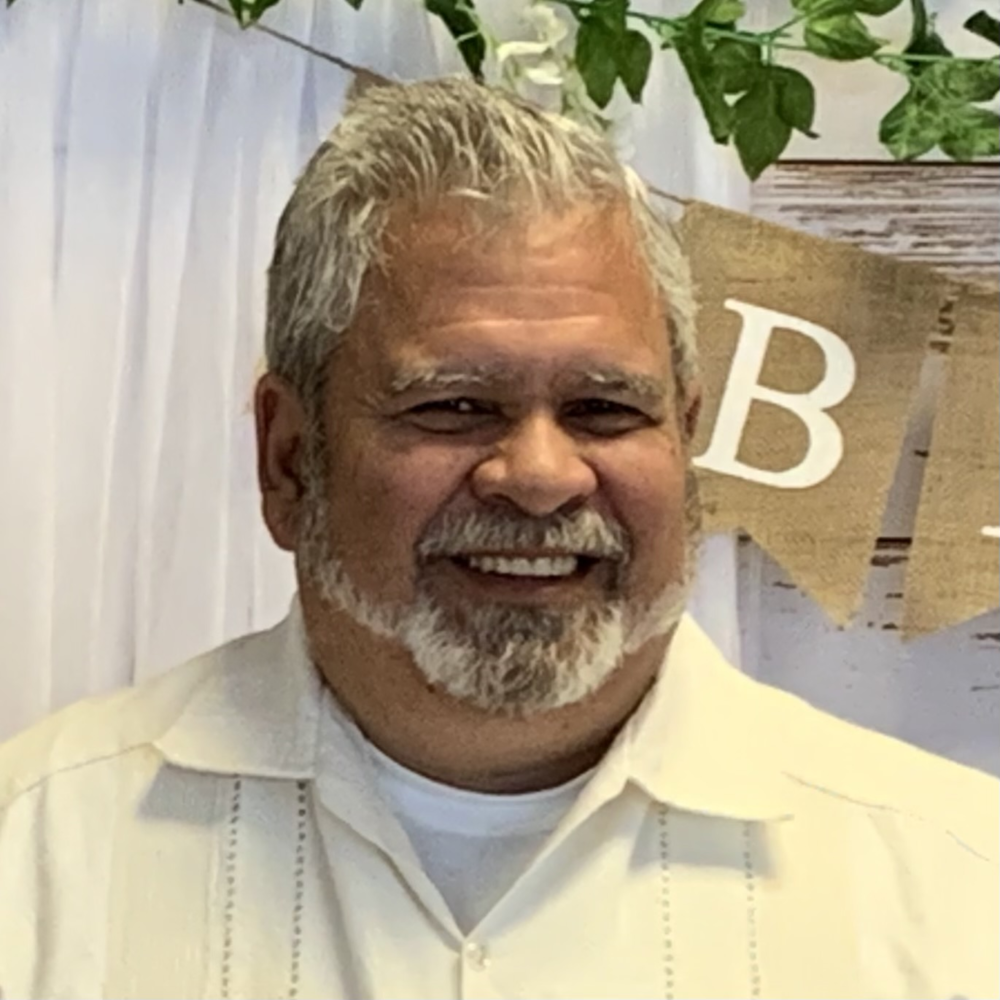 Manuel “Papi” Efrain Espat passed away peacefully on January 7th, 2021 at the age of 61 in Tampa, FL with his daughter, 2 sons and wife at his bedside.

Papi was born in Belize City, Belize in Central America, the night of January 21st, 1959 to parents Maria “Petty” Espat and Manuel Efrain Espat, Sr.  He often spoke of fond memories growing up spent taking care of animals in Central Farm with his veterinarian uncle and getting into mischief on the daily all-around town and in San Pedro. His mother often said he would end up shredding his brand-new jeans or losing a button on his new top the very first day he wore them.  He formed lasting friendships stemming from elementary school of men that are fondly referred to as “Uncles and Tios” by his children. A few of the “buddies” kept in touch often, even to just talk about life or reminisce of the good times they had together.  These men played huge roles in the ups and downs of his lifetime, taking vacations together or even pulling resources together to support someone in need.  The support, love and laughs were never in shortage when these men got together.

Papi met his future wife, love of his life and best friend, Margaret “Mags” Espat when they were in elementary school, but the story goes that he “scarred her off”.  Their reunion was kismet and they met again when they were in high school.  My mom never knew how Papi would know where she was going to be, but he would always just turn up at her Aunt’s house when she would be there or find out that her mother had invited him out to join them for a trip to Chetumal, Mexico for some shopping.  Everyone saw what an amazing man he was and were all convinced they were meant to be together.  The only person that required convincing was Mags. Papi officially took mom out on a date after the charmed family had been secretly pairing them up for months.  Mags could not believe that this man was genuinely authentic in his goodness with the mischief she would often hear of through the grapevine.  One Valentine’s Day, Mags said that Papi gave her a walnut, which she thought was odd, but sweet.  She put the walnut away in her drawer for safe keeping. A couple months later, Papi asked Mags why she was not wearing the earrings he gave her, she quickly retorted that he had not given her any earrings. He told her they were in the walnut he gave her for Valentine’s Day!  They got engaged in 1980 after Papi asked her father for her hand in marriage during the September Belizean Independence Celebrations.

Papi and Mags got married in a small ceremony on June 15th 1981 in Tulsa, Oklahoma with some close family and friends at their side.  Their journey and adventures together as a unit began.  Manuel worked hard alongside Mags, making necessary sacrifices to create the comfortable life and home they shared up until his passing. Papi had completed an Associates Degree before coming to the states and enjoyed careers as a produce manager for various grocery store chains, a mechanic for Jerry Ulm Dodge, a Dodge Drive Advisor and an insurance auditor for First Source.  He was always looking for a way to provide for his family and make sure everyone was taken care of.  He rarely met a person that did not become a friend.  He was fondly called “Manny” by his peers and close work friends and was well liked and known for his big friendly smile and cheerful disposition. He was always eager to talk about his home country Belize and share all the beauty it had to offer to those inquiring of exploring the country. He often made a lasting impression on people that he had just met.

Papi was a loving and dedicated son, husband, father, brother, cousin, provider, beloved son-in-law, and family friend to many who believed firmly that family always came first.  His daily actions reflected his devotion and commitment for our family’s well-being.  He lived life to its fullest and revelled in the joy of knowing his family was taken care of and happy.  All he ever wanted was for us to be happy.

My father was a man that taught us that you must work hard for what you want.  He would usually offer me advice in a way that I could relate to.  The love and patience he showed us, and our mother daily is ingrained in our very being and we hope that we can reflect the same kind of love and compassion he offered everyone.  He enjoyed spending his time cheering on his favorite NFL team, The Buccaneers, whether they were winning or losing. He was a diehard fan and was looking forward to them playing in the playoffs every year.  He also enjoyed eating good food, Maria Sharp hot sauces, joking around, telling stories, teaching anyone how to cook or how to attempt to build something and just spending time with his kids, wife, lifetime friends, future daughters-in-laws and his grandcat, Miss Kitty.

A man of humility and strength, Papi emboldened those around him with compassion, friendship, and a kind heart.  When something needed to be done, he helped how and when he could.  No matter what the job was, or if he had the know how-with varying results- he would give it a try for the sake of being there to help.

With a hearty laugh, warm bear hugs and the gentlest callused hands, Papi made everyone he met feel loved and know what it was to be his family, no questions asked.

There are not many things in this world that can compare to the love of a parent and there are not many things that compare to the loss of one.  Papi was more than just our dad.  He was our counselor, our teacher, our baseline as a man and our hero.  He always gave his best to our family and there was never a moment that passed that he wasted on a grudge.  His love for our family and those he called family was so immense, that it defined for us what it is truly to love.  It is selfless. It is protective. It is unconditional. We miss you Papi, but we know you are smiling down on us so lovingly from Heavenly places.  We love you and miss you tremendously.

A Funeral Mass will be held at St. Lawrence Catholic Church on January 14th, 2021 in Papi’s honor.  There is limited space due to the restrictions of Covid and all are required to wear a mask to attend the service while always covering your nose and mouth.  An option to stream live and/ or watch the mass online at a later time will also be available for family and friends who are not able to attend.  A link will be provided.

To send flowers to the family or plant a tree in memory of Manuel Espat , please visit Tribute Store
Thursday
14
January

Mass of the Resurrection

Share Your Memory of
Manuel
Upload Your Memory View All Memories
Be the first to upload a memory!
Share A Memory
Send Flowers