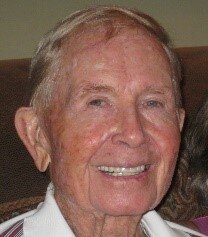 Delzie (Del) Carol Revels, 96, of Tampa, Florida passed away peacefully on December 2nd, 2021. Del was born on September 11th, 1925, in Dixie County, Florida where he grew up and graduated high school. Upon being drafted into the U. S. Army, Del Revels began a distinguished military career that would span three decades. World War II found him in France and Germany with the 64th Tank Battalion. Years later, in his subsequent service in the Korean conflict, the young First Lieutenant demonstrated courage in combat and was awarded the Silver Star. Attending college upon his return to the U.S., Del graduated from Florida State University in Tallahassee, Florida. It was at Florida State where he met Margaret Johanson, and they became husband and wife for the next 33 years, raising three sons. He continued honorable military service in Fort Hood, Texas, Fort Buckner, Okinawa, Fort Knox, Kentucky, and Fort Meade, Maryland.  In 1967 - 68 Major Revels served as a military historian in Vietnam for 18 months before retiring to Jacksonville, Florida. His civilian transition led to a successful career in Real Estate which he enjoyed for many years. In 1983, he met Marianne Buchhop, who was to be his wife of 35 years, and the couple moved to Tampa, Florida. Del and Marianne enjoyed many years traveling and exploring the world. At 96 years old, he left this world on one last night, asleep on a cruise ship returning to Tampa, in peace and knowing he had come to live life as he wished.

His passing was predeceased by Margaret J. Revels, and he is survived by three sons – Dean Revels, Drew Revels, and Dale Revels, his daughter-in-law, Patricia Roldan, and his wife of so many years, Marianne Revels. He will be missed as a loving, caring, father and husband. One of “the greatest generation” who grew up in a world of conflict and lived a life that showed all who knew him peace and serenity.

To send flowers to the family or plant a tree in memory of Del Revels, please visit Tribute Store
Friday
14
January

Share Your Memory of
Del
Upload Your Memory View All Memories
Be the first to upload a memory!
Share A Memory
Send Flowers