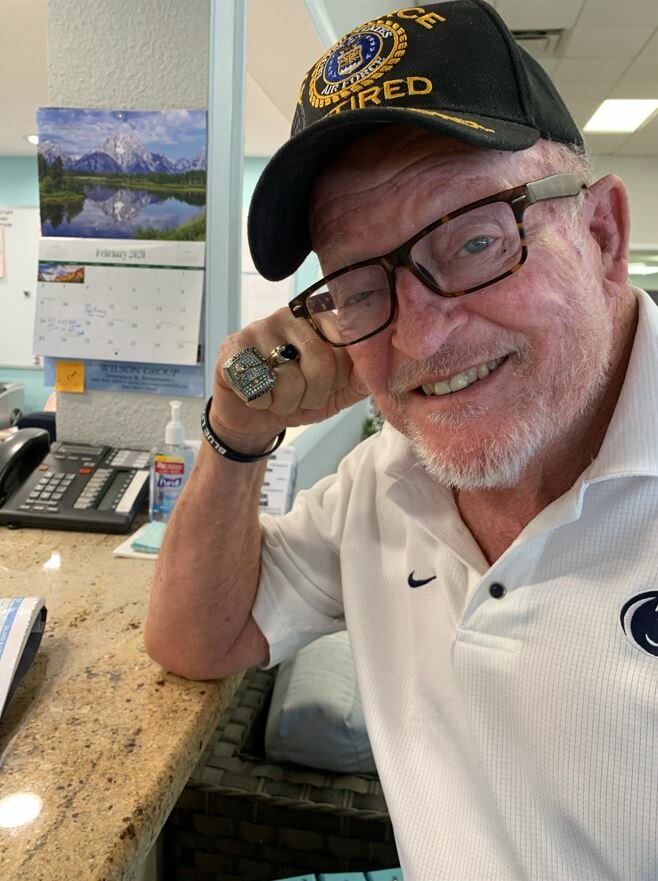 William (Bill) E. Fagan was called home to rest peacefully in a better place on June 20th, 2022. Bill was born in Huntingdon, Pa on April 18, 1942. It was in Huntingdon where he met a young and sassy Linda.  They were in the 5th grade, he carried her books to school and she completed his book reports.  It was a childhood friendship that turned into a lifelong loving partnership and formed the foundation of their legacy. Bill joined the United States Air Force in November 1960 and married his sweetheart Linda March 22, 1961.  As they grew their family, their military lives saw places such as Spain, Canada, Turkey, Greece, Italy, North Dakota, New Hampshire, Georgia, Kansas and Tampa, Florida where they grew roots. Bill retired from the Air Force as a master sergeant in September 1982 after 21 years of dedicated service. He continued to work after retirement at Reilly Dairy, which was in a short walk through their back yard.

Bill was not just a military man. He was a family man. Devoted and loyal to his wife for over 61 years. A committed father focused on raising strong, successful children and a pop-pop that treasured and adored his grandchildren and great grandchildren. The relationships between him and his grandkids were extraordinary and a testament to the life Bill lived. Megan and Danny grew up within minutes of their grandparents and would spend Friday nights at grandpa’s watching “Friday Night Lights”. And as they grew as adults their relationship grew stronger and more beautiful. Patrick, their youngest grandchild bonded over baseball where Patrick reaped the rewards of Bills encouragement and enthusiasm for the game. He was such a proud grandpop!

Bill was an avid sports fan. He played for the Italian Baseball team while stationed in Italy.  He coached little league while Doug, his son, played.  And if possible, never missed a game from little league to high school for Doug, Danny and Patrick. He was the Baseball Dad and Granddad to many kids.  And for his granddaughter, Megan, he proudly supported and watched her cheer every game and every competition. In his later years, nothing game him more joy than his great grandbabies.  Just one look from them would put a smile on Bill’s face.

Bill is survived by his wife Linda, his children Kim (Randy), Doug (Maureen), and Kay.  His grandchildren, Megan (Josh), Danny, Patrick and Bradley. His great grandchildren Charlotte, Rosie, Emma, Nicolas and Atlas.  And his sister in-law and brother in-law Judy and Wayne Kepler.

He was preceded in death by mother Rita, sister Mary and brother Ralph.

The family asks that in lieu of flowers, donations may be given to the Wounded Warriors Project in honor of Bill and may be made online at  https://support.woundedwarriorproject.org/Default.aspx?tsid=11585&ovr_acv_id=16821&campaignSource=ONLINE&source=BS22015AAABREAA&gclid=EAIaIQobChMIy9r016K9-AIVjoTICh0NLQr9EAAYASAAEgJCiPD_BwE&gclsrc=aw.ds

To send flowers to the family or plant a tree in memory of William Fagan, Jr., please visit Tribute Store
Monday
27
June

Share Your Memory of
William
Upload Your Memory View All Memories
Be the first to upload a memory!
Share A Memory
Send Flowers