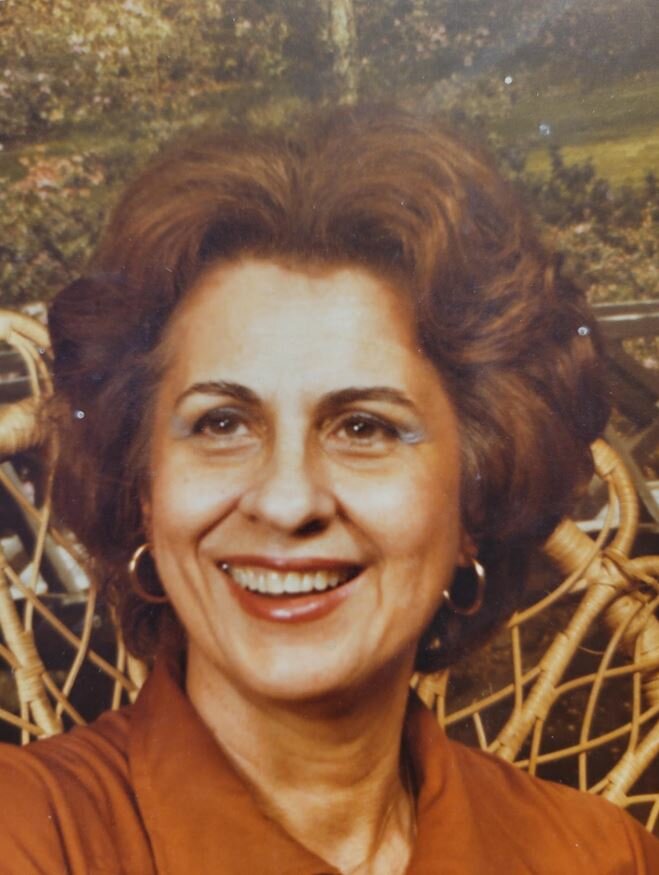 Olga (Rodriguez) Forsythe's soul, "in the image and likeness of God", was released in all its glory, from the bondage of her frail and infirmed physical form, on September 27, 2022 at the age of 99...

Olga was born in Havana, Cuba to Enrique Rodriguez and Margarita Benejam. She is predeceased by all her siblings: Enrique, Margot, Mely and Teresita.

She is survived by her children, Olga Maria (Patrick) DuMouchel, and Dr. Servando 'Vandy' (Kathie) Sanchez. Also, grandson Sebastian Hanusek; as well as many nieces and nephews.

Olga attended the University of Habana College of Architecture, where she met and fell in love with Servando Sr. Her studies were interrupted  to get married and, thereafter, have their 2 children. After that long hiatus, had the resolve to go back, and graduated in 1952.

She left communism in Cuba with her children in 1961, to permanently settle shortly thereafter in Tampa. She learned English and, before long, had her degree validated and thus granted a full Florida Architect's License. All the while, lovingly and wisely raising her children...

But, not satisfied with just designing structures, she also wanted to oversee their realization. So she studied, tested for and received her General Contractor's License as well.

As a caring friend  commented, "The Westshore Villas is one of the many projects Olga spearheaded and completed throughout the years. So ahead of her time... She was a frontrunner for women in business and her accomplishments are many." Indeed, she was the pioneer who started turning the Gray Street/West Shore area (Tampa) into a now expansive community of townhouses.  Truly a "mover and a shaker".

She attended Christ The King Church and maintained a strong faith in God throughout her life.

Olga was loved by all who came to know her, with her endearing personality and charm. Always presenting herself with a smile. Yet, could counter admirably when she felt antagonized!

To quote a loving niece, "She was a beautiful woman, but what I admired most was her intelligence. Independent thinking woman and, as many said, ahead of her time."

She had great intuition, insightfulness. When directed towards the upbringing of her children, it translated into priceless, life-changing guidance. She could not have been a better mother!

We chose to celebrate her directly, while she was alive. And henceforth, quietly, through the loving memories, in our hearts... indefinitely. We invite others who knew her to do the same.

To send flowers to the family or plant a tree in memory of Olga Forsythe, please visit Tribute Store

Share Your Memory of
Olga
Upload Your Memory View All Memories
Be the first to upload a memory!
Share A Memory
Send Flowers