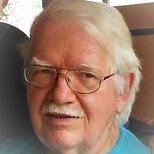 He was a 22 year Air Force Veteran, and also a Vietnam Veteran. He was stationed in Kunsan and Kwanju, Korea, Spangdahlem, Germany and Incirik, Turkey during his military career. He retired as a MSGT in 1986. He was also stationed in Texas, Colorado, Florida, Michigan, and New Mexico.

He loved to tinker with watches, cameras, computers, and vacuum cleaners. He loved coffee. He loved old cars and 60’s and 70’s music. Sunday afternoons were for football, baseball, auto racing, and cold beer. He was an avid hunter of a Goodwill Treasure. His favorite TV show was The Big Bang Theory and anything with Tim Allen. He was very mild mannered, loved animals, especially his cats. He loved to watch old movies on TV, yard sales, and thrift shopping. Flea markets were also past-times. Anthony also enjoyed bowling, and he was in a league for several years.

To send flowers to the family or plant a tree in memory of Anthony Webb, please visit Tribute Store
Friday
4
October

Share Your Memory of
Anthony
Upload Your Memory View All Memories
Be the first to upload a memory!
Share A Memory
Send Flowers