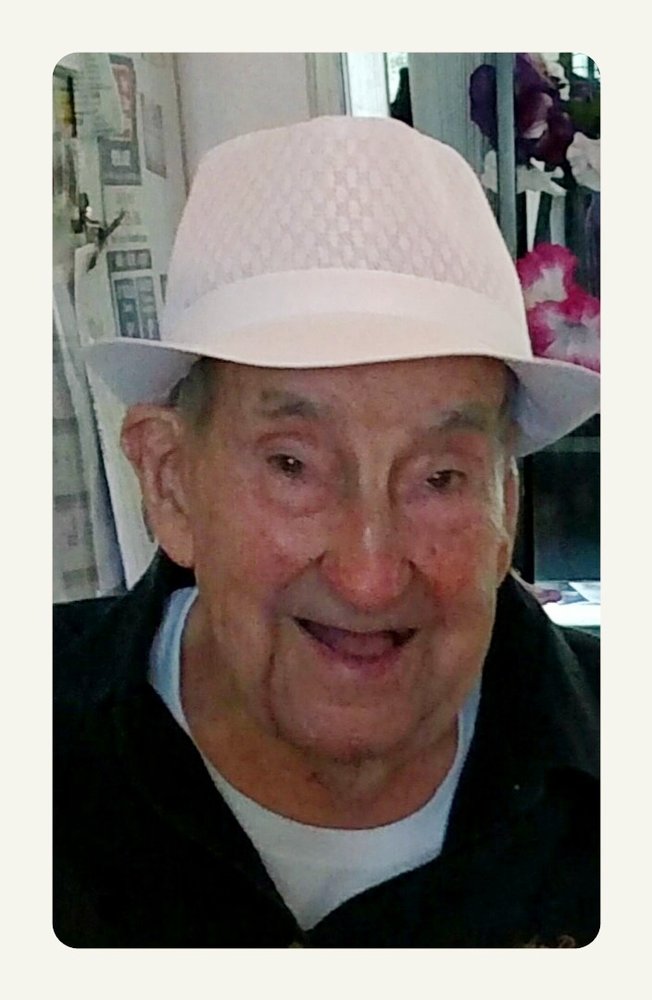 Clyde “ Pops” Willey, of Ocala, FL, passed away after suffering a brief battle of pneumonia on November 11, 2020. He was 104 years old. He was born on March 14, 1916 to Frederick and Martha Willey. Clyde lived the first half of his life in the Boston, Massachusetts area  and the second half of his life between Daytona  beach and Ocala, FL.

Clyde was preceded in death by his parents and his first son Robert Wiley. He is survived by his second son James Wiley and his wife Cathy Willey of Ocala, FL; his daughter-in-law Maureen Willey ( Robert’s widow) of Salisbury, Mass; his granddaughters Ashley Wolcott, Cortney Willey, and his triplet grandsons; Zachary Willey, Ethan Willey, Nicholas Willey along with their mother Shannon Serridge all of Ocala, FL; Five great grandchildren, Zoey, Elijah, Bryson, Daniel, and Emma, along with many other extended family members and friends.

Clyde loved telling stories of his past. He could tell how he would hook up the horses to the cart to go to town with his parents for the groceries and essentials. His stories included his first job as a teenager of delivering groceries on his bicycle for 10 cents a delivery. How he worked as a Lumberjack and how they had to use hand saws and drag the tree’s out by horse or mule all for a $1 a day plus room and board. He spoke about his time with United States Merchant Marines “ Civilian Conversation Corp.” and the time he spent on the Naval Ships and all the places around the world he went to and the jobs that he performed. He talked about the marvels of the world and the marvels of the USA and all the changes (crisis and awesome) things he saw first hand. How he lived through “ 18” US Presidents.

Clyde was married to Lorraine ( Shirron- Willey) Laporte from 1953-1980 where they lived in Tweksbury, Mass. Clyde worked for GE for a period time. His basic career was as a On The Road Truck Tire Technician for Charles Lee Disposal in South Boston.

The best description for Clyde Willey would be to say he was a jokester. He loved to keep you on your toes and always ready to catch you off guard.

Clyde’s greatest LOVES were children and animals ( mostly Jack Russell dogs). If you saw Clyde he was usually surrounded by kids and very happy about it.  In his your years Clyde would take Jimmy and the neighborhood kids camping ( mostly at Lake George in NY). In later years he was very involved with his grandkids. He drove all the way up until he was 100 years old.

Private arrangements are being entrusted to Heirs-Baxley Funeral and Cremation of Ocala, FL. In lieu of flowers, memorial contributions can be made in Clyde’s memory to ASPCA.

A final thank-you goes to Hospice @ The Legacy House for  making Clyde’s final days with us comfortable one’s for him.

To send flowers to the family or plant a tree in memory of Clyde Willey, please visit Tribute Store

Share Your Memory of
Clyde
Upload Your Memory View All Memories
Be the first to upload a memory!
Share A Memory
Send Flowers