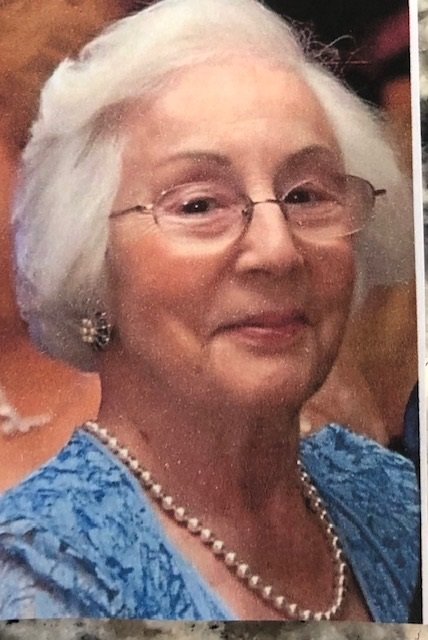 91, on February 15, 2021.  Jesus came to earth and picked her for the trip to Heaven. She passed away peacefully in her sleep with her family by her side. Marisa was born on July 8, 1929 in Florence, Italy to Lorenzo and Maria Papini. As a teenager and young adult, she became a professional ballerina and dancer throughout Europe. It was at this time, she met the love of her life, a young sailor named Carl S. Rotolo whom she married on August 28, 1949. In 1950, she came to the United States and soon had two sons. Later in life, Marisa became a kindergarten aide at Edison and B.C Graham Elementary School. She was a loving mother, grandmother, and great grandmother. She enjoyed life to the fullest, especially with her family and friends, always laughing and showing a love that was priceless. She was preceded in death by her husband of 57 years, Carl S. Rotolo and her parents, Lorenzo and Maria Papini. Marisa leaves behind her two sons, Larry Rotolo (Yvonne) and Terry Rotolo (Jolayne); grandchildren, Chris Rotolo, Paul Rotolo, Stefanie Zummo (Dominic), Lia Castillo (Alberto); and great grandchildren, Cole Rotolo, Carter Castillo, Adalyn Zummo, and Remi Castillo as well as numerous family members in Florida, Maine, and Italy. The family would like to thank her previous caregivers, Maria and Esperanza, as well as a special “Thank You” to Anu and her staff at Aguila Assisted Living Facility. Visitation will be from 11am to 12pm at Our Lady of Perpetual Help Church on Saturday, March 6, 2021 with a church service starting at 12pm.  All attendees must wear a mask and practice safe distancing due to COVID regulations. A private interment will follow at the cemetery.

To send flowers to the family or plant a tree in memory of Marisa Rotolo, please visit Tribute Store

Share Your Memory of
Marisa
Upload Your Memory View All Memories
Be the first to upload a memory!
Share A Memory
Send Flowers