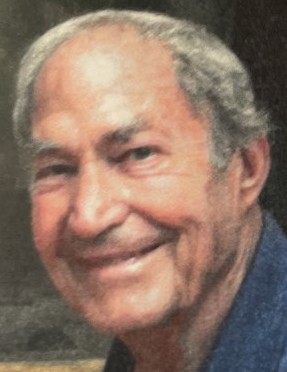 Guy Philippe Edouard Labalme, Esq., born in Paris on November 18,1930 to a French surgeon and an American sculptress, died in Tampa at the age of 90 on July 5,2021.

After graduating from Dartmouth College in 1952 and completing graduate work at School of International Studies at Johns Hopkins, he received an MA in Arabic from the University of Michigan.  After serving at Fort Eustis during the Korean War and following a USIS tour in Rabat, Morocco, he returned to the US and worked in several corporate jobs, notably public relations at Gulf Oil in Pittsburgh where he developed the company's minority relations program and free-lanced as a financial advice columnist for the Pittsburgh Courier.

However, his love of aviation (and distress at poor air quality that he observed from the clouds) led him to law school. He graduated from Florida State University in 1973 and subsequently joined the Florida Attorney General's office where he worked on consumer and environmental cases before opening his own offices in Tampa and Apollo Beach.

Guy loved all animals -- rescuing and feeding many, many stray cats -- and was a regular at the Sulphur Springs swimming pool. He is survived by Marilyn Sue, his devoted wife of 36 years; his daughter, Corinne, in Paris; his son and daughter-in-law Fen and Elaine in Pittsburgh; and his grandson, Stevo, a freshman at the University of Chicago; nieces and nephew Jennifer Rose, Henry, Lisa and Victoria; and Foo, the beautiful ragdoll kitty.

A memorial date has yet to be announced. Heartfelt thanks to the James A. Haley VA Hospital; the caregivers from Comfort Keepers; and the wonderful Ruby Team from LifePath Hospice for their kindness and support. In lieu of flowers, contributions can be sent to the Humane Society of Tampa Bay, 3607 North Armenia Avenue, 33607-1322.